When talking about gender identity, the first thing we should address is the difference between gender and sex. A person’s sex is a persons biological status, assigned as either male or female. Literally, our sex refers to our reproductive organs, chromosomes, and hormones. On the other hand, a person’s gender refers to society’s perception of them as a man, woman, girl, or boy. Unlike biological sex, gender identities and roles are not consistent across cultures.

Gender identity goes beyond the way that someone outwardly presents themself. It is the core sense of oneself. Our gender identity often aligns with our sex assigned at birth, but for transgender and gender fluid people, their sense of self may not fully conform to their biology. A transgender person may identify as a man, a woman, both, or neither regardless of their sex assigned at birth because of their internal concept of themself.

It is important to understand gender identity as a societal construct. How we communicate our gender identity to others is our gender expression, and everyone will express their gender differently. According to the American Psychological Association, a person who looks or acts in a way that is “gender-nonconforming” may or may not identify as transgender. Anyone can choose not to conform to the societal norms placed on us regarding gender roles or expression generally expected to correlate with our assigned sex at birth.

How many gender identities are there?

Transgender (always an adjective, never an adverb or noun) is an umbrella term that is often used when referring to someone who’s gender identity does not agree with their assigned sex, which can include people who are gender non-conforming, gender fluid, or non-binary. However, people identifying as gender non-conforming, gender fluid, or non-binary may not always identify as transgender.

Many other gender identities exist, and the way we communicate about gender continues to change. So, it is always important to ask someone their gender identity or their gender pronouns if you’re unsure how they identify, as long as this information is relevant and whatever response is given will be affirmed and supported in a safe environment.

What is the relationship between gender identity and gender pronouns?

People refer to us by our name and by our gender pronouns. The most common gender pronouns used are he/him/his, she/her/hers, and they/them/theirs. Someone’s gender expression may not always seem to align with the pronouns they use. For example, if someone identifying as a woman presents in a more masculine way, that does not mean she wants to use he/him/his pronouns.

It can be harmful to assume a person’s pronouns based on their appearance. What we’ve learned about gender identity so far supports this. If someone is gender non-conforming, they may or may not appear to identify with the gender associated with their sex assigned at birth. So, it’s always good to ask someone what pronouns they use, and the best practice is to do this by offering your pronouns first. This will create a more natural space in the conversation for the other person to offer their pronouns as well.

A person’s gender identity is deeply personal and not always public information, so we should do what we can to assure them that they are safe to disclose that information should they choose to do so.

How should we think about gender identity vs sexual orientation?

If someone trusts you enough to share their gender and sexual identities with you, it’s important to be respectful in how you address them, but someone’s sexual orientation or gender identity is not always public information. So, it’s always important that when we speak to others about our friends, we do not casually announce their identities. Be sure you’re not disclosing someone’s private information in conversation with others.

What is gender dysphoria?

As we address gender dysphoria, we should recognize that there continues to be a lack of affordable resources available for people to receive medical care that supports their gender identities. According to GLAAD, in addition to these barriers to proper health care, transgender people are at increased risk to experience violence, discrimination, and poverty. So, we must focus on ensuring proper access to health care and legal protections as we learn to better educate ourselves about the different gender identities.

At Included Health, we strive to provide friendly and exceptional healthcare navigation services to the LGBTQ+ community. Learn more about our LGBTQ+ Health services for your employees, and please do not hesitate to contact us to #GetIncluded for your company, health plan, and community.If you are an employee or member looking for assistance, please visit our LGBTQ+ Member Hub to get started. 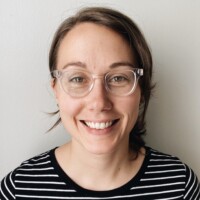 Alana Settle works as an educator and freelance writer in the Kansas City area where she lives with her wife and two kids. As a person who identifies as a non-binary lesbian, a mother, and a teacher, she understands first hand the challenges and rewards in learning to bridge our differences by choosing to communicate with compassion. You can find out more about her and her work at www.alanasettle.com.

Resources for Parents of LGBTQ+ Youth in Education

A Parents’ Guide to LGBTQ+ Therapy and Mental Health